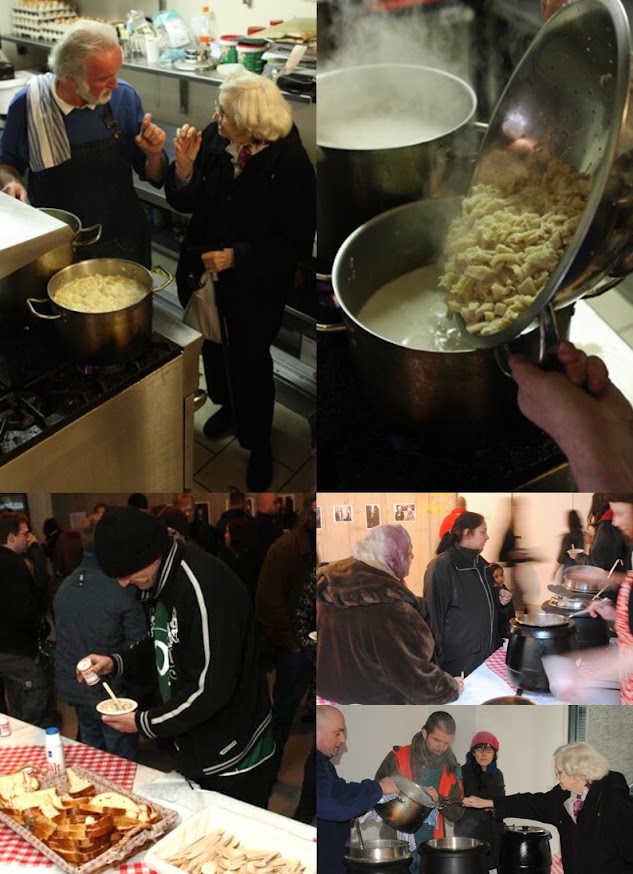 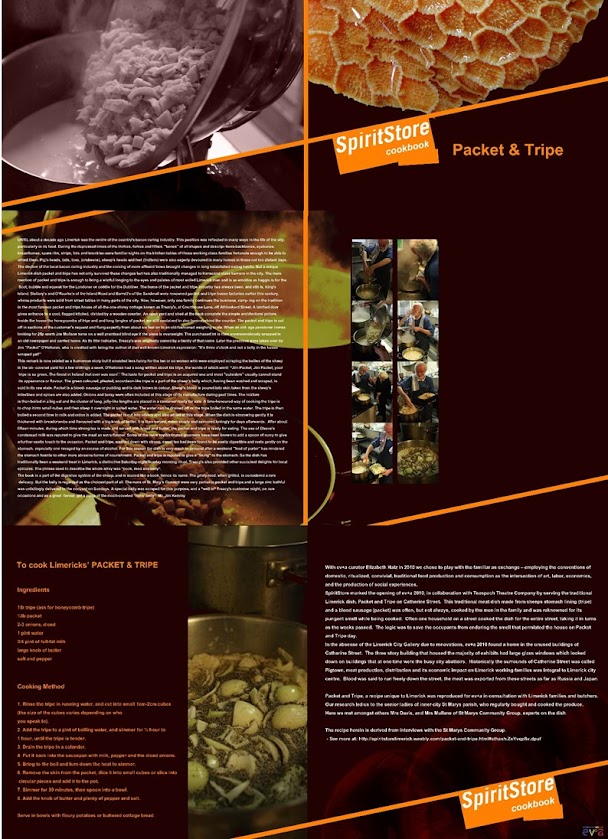 At  ev+a 2010 SpiritStore chose to play with the familiar as exchange – using the conventions of domestic, ritualized, convivial, traditional food production and consumption as the intersection of art, labor, economics, and the production of social experiences.
SpiritStore marked the opening of ev+a 2010, in collaboration with Teaspach Theatre Company by serving the traditional Limerick dish, Packet and Tripe on Catherine Street.

This traditional meat dish made from sheeps stomach lining (tripe) and a blood sausage (packet) was often, but not always, cooked by the men in the family and was reknowned for its pungent smell while being cooked.  One household on a street cooked the dish for the entire street, taking it in turns as the weeks passed.  The logic was to save the occupants from enduring the smell that infused the house on Packet and Tripe day.
In the absence of the Limerick City Gallery due to renovations, ev+a 2010 found a home on Catherine Street.  The new three story building that housed the majority of exhibits had large glass windows which looked down on yards and buildings that at one time had been the busy city abattoirs.

Historically the surrounds of Catherine Street was called Pigtown, meat production, distribution and its economic impact on Limerick working families was integral to Limerick city centre.  Blood was said to run freely down the street, the meat was exported as far as Japan.

Packet and Tripe, a recipe unique to Limerick was reproduced for ev+a in consultation with Limerick families and butchers. Our research led us to the senior ladies of inner city St Marys parish, who regularly bought and cooked the produce. Here we met Kay Davis of St Marys community group, an expert on the dish who is locally known as 'Mrs Packet and Tripe'  basically.